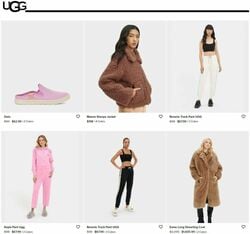 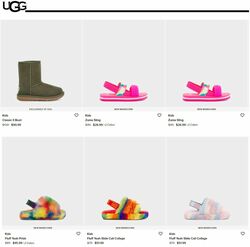 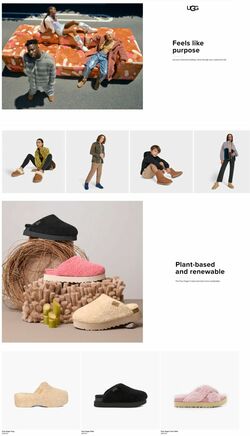 UGG in the cities

Check the current UGG Weekly Ad and don’t miss the best deals from this week's Ad!

Browsing the weekly flyers of UGG has never been easier. Now, you can find all weekly sales and ads in one place! Check it out and save hundreds of dollars!

The UGG brand was founded in 1978 by a young Australian surfer in Southern California. In 2018, the company celebrated its 40th birthday, which is definitely young in the fashion world. However, it has undergone a huge metamorphosis during its short history.

Its founder Brian Smith started with a contribution of just $500. Initially, the shapeless sheepskin shoes were treated with disdain by all fashion lovers. However, they were extremely popular among surfers and quickly became synonymous with a relaxed style.

Initially, UGG footwear was criticized by fashion dictators. However, this scorn didn't stop them from conquering the American and eventually the world market. Ordinary mortals were more and more willing to reach for them, because UGG boots are extremely comfortable, and on top of that, they are a great rescue from the cold.