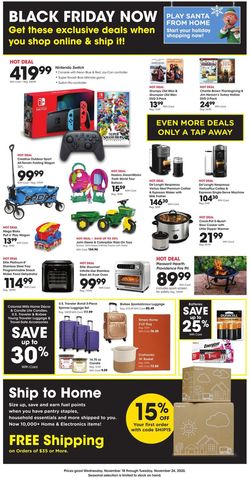 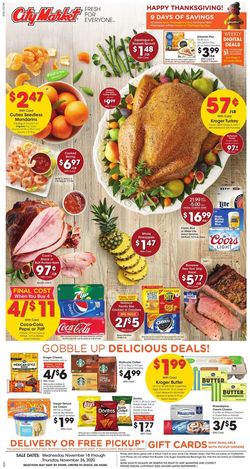 City Market in the cities

Browsing the weekly flyers of City Market has never been easier. Now, you can find all weekly sales and ads in one place! Check it out and save hundreds of dollars!

Founded in 1924, by the Prinster Family. City Market started out as a family-owned business, the founders include Leo, Frank, Clarence, and Paul. The company was bought by Dillion Company in 1969. In 1883, Dillion and Kroger merged as one company.

Even though there has been a change of ownership and leadership, City Market has been consistent in their customer services, providing the quality products. Currently City Market has 38 stores in Colorado, west and Central, New Mexico, Utah, and Wyoming.