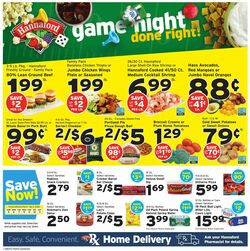 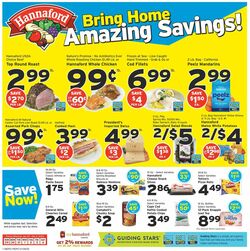 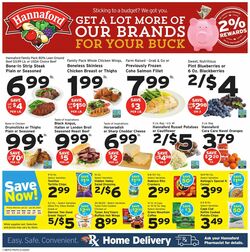 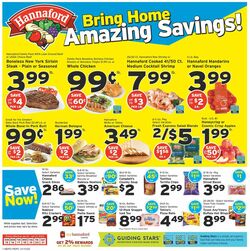 Hannaford in the cities

Check the current Hannaford Weekly Ad and don’t miss the best deals from this week's Ad!

Browsing the weekly flyers of Hannaford has never been easier. Now, you can find all the weekly sales and ads in one place! Check it out and save hundreds of dollars!

Hannaford is another American supermarket chain based in Scarborough, Maine. It was founded in Portland, Maine, back in 1883 by Arthur Hannaford.

It all started out as a fresh produce vendor from a one-horse produce cart on the Portland waterfront.

In 1902, Arthur's brothers, Howard and Edward, joined him and they incorporated Hannaford Bros. Co. The company quickly became a leading produce wholesaler in northern New England.

The chain is a part of the Ahold Delhaize group based in the Netherlands.

The company still feels connected with those early roots of theirs and works hard to deliver only the best quality products.