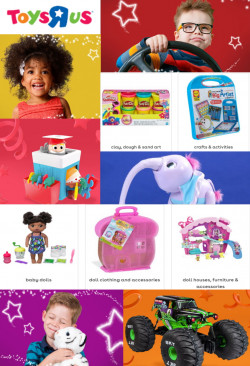 Check the current Babies "R" Us Weekly Ad and don’t miss the best deals from this week's Ad!

Browsing the weekly flyers of Babies "R" Us has never been easier. Now, you can find all weekly sales and ads in one place! Check it out and save hundreds of dollars!

Babies "R" Us - The history

Babies "R" Us is a division of Toys”R” Us and has the same history as the latter.

In April 1948, Charles P. Lazarus established Children’s Supermart during the post-war baby boom era as a baby-furniture retail store in Washington, D.C. Lazarus, who served in the Army during World War II, opened the first store at 2461 18th St. NW, where the nightclub Madam's Organ Blues Bar is located. He started receiving demands from customers for baby toys. In addition, he got requests for toys for older children after adding baby toys. In June 1957, the store changed focus, and the first Toys "R" Us, devoted exclusively to toys rather than furniture, was started by Lazarus in Rockville, Maryland.

The first Babies "R" Us store began in April 1996 in Westbury, New York. The store runs as a specialty baby products retailer and has grown to about 260 stores in the United States before their closing in the late 2010s. The stores offer an assortment of products for infants, newborns, and toddlers. The company also keeps a registry and offers pre- and post-natal classes and events. The stores are usually co-branded with Toys "R" Us. The chain continues to run outside of the United States.