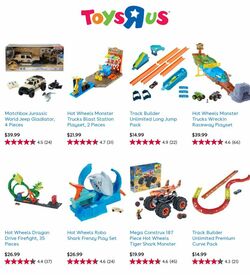 Now, you can find all weekly sales and ads in one place! Don't miss the offer! On this page, you can see all Toy'R'Us Weekly Ads online. 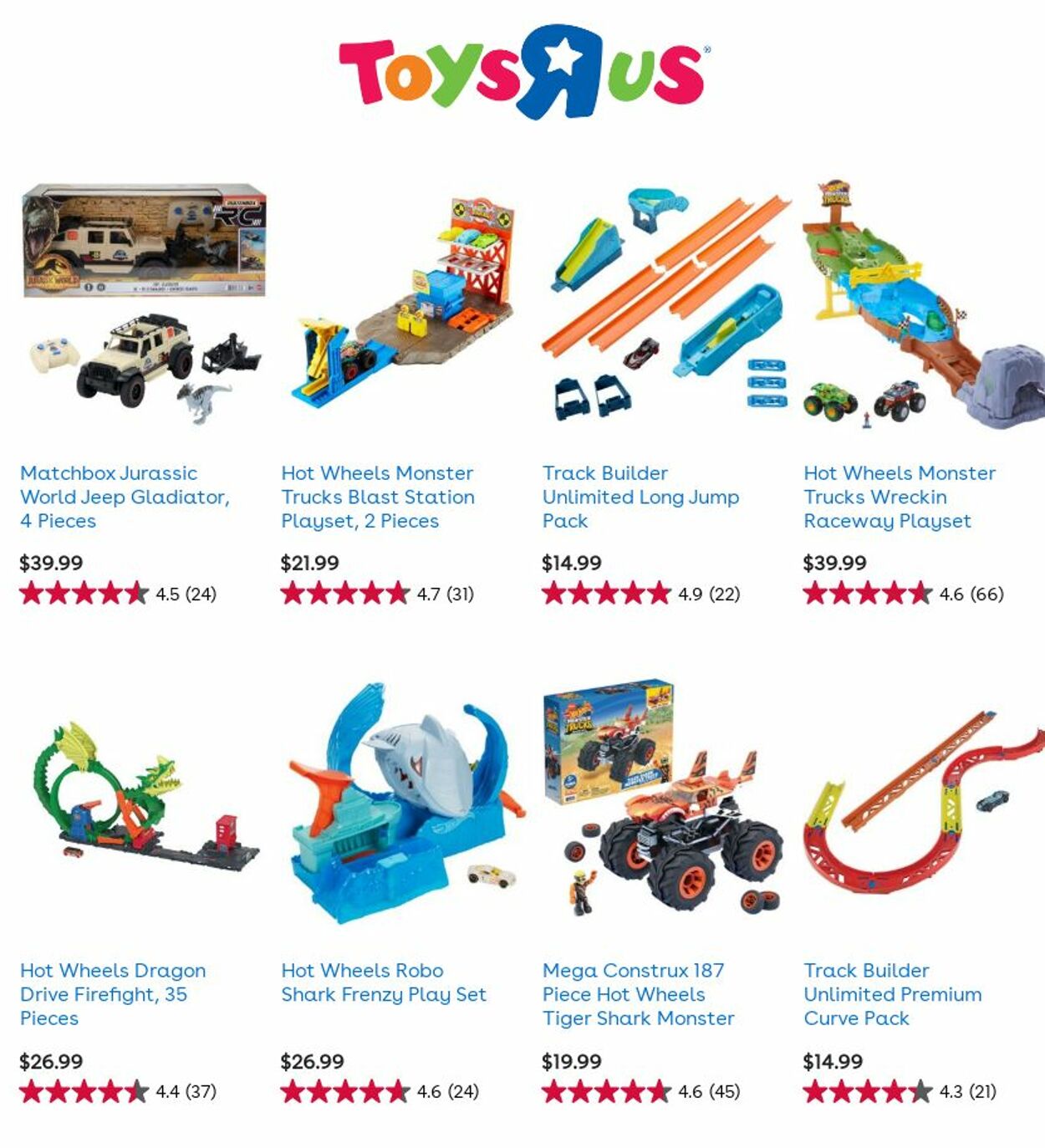 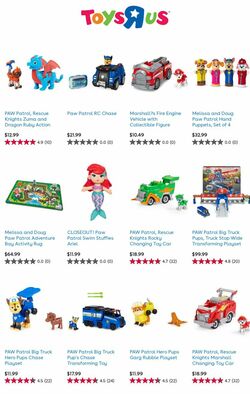 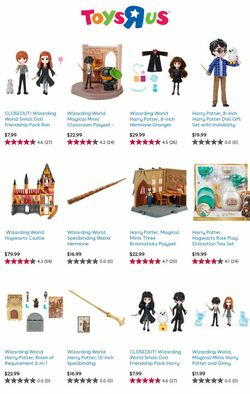 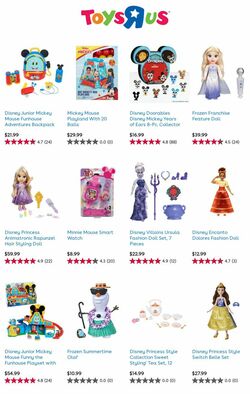 Check the current Toys "R" Us Weekly Ad and don’t miss the best deals from this week's Ad!

Browsing the weekly flyers of Toys "R" Us has never been easier. Now, you can find all weekly sales and ads in one place! Check it out and save hundreds of dollars!

In April 1948, Charles P. Lazarus established Children’s Supermart during the post-war baby boom era as a baby-furniture retail store in Washington, D.C. Lazarus, who served in the Army during World War II, opened the first store at 2461 18th St. NW, where the nightclub Madam's Organ Blues Bar is located. He started receiving demands from customers for baby toys. Also, he got requests for toys for older children after adding baby toys. In June 1957, the store changed focus, and the first Toys "R" Us, devoted exclusively to toys rather than furniture, was started by Lazarus in Rockville, Maryland.

Lazarus designed and stylized the Toys "R" Us logo, which featured a backward "R" to give the impression that a child wrote it. Interstate Department Stores, Inc., owner of the White Front, Topps Chains and Children’s Bargain Town USA acquired it in 1966, a toy-store chain related to Toys "R" Us in the American Midwest that would later be combined with the rest of the Toys "R" Us chain. The real Toys "R" Us store design from 1969 to 1989 consisted of vertical rainbow stripes and a brown roof with a front entrance and side exit.

At its peak, Toys "R" Us was deemed a classic example of a category killer, a business that specializes so efficiently and thoroughly in one sector that it pushes out competition from both smaller specialty stores and larger general retailers. Since the rise of mass merchants like Target, Walmart, and Amazon, however, Toys "R" Us lost much of its toy market share and fell behind Walmart in toy sales for 1998.