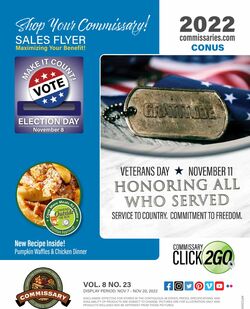 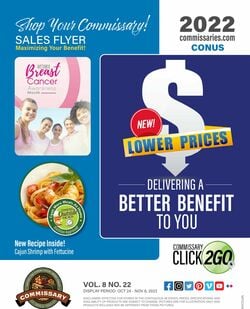 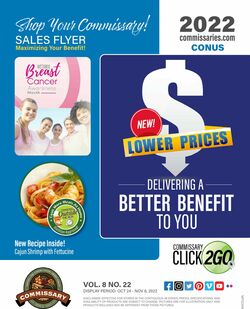 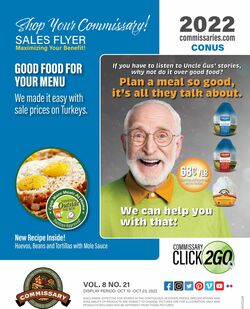 Commissary in the cities

Check the current Commissary Weekly Ad and don’t miss the best deals from this week's Ad!

Browsing the weekly flyers of Commissary has never been easier. Now, you can find all weekly sales and ads in one place! Check it out and save hundreds of dollars!

The United States military commissaries sell household goods and groceries to active-duty, Guard, Reserve, and retired members of all seven uniformed services of the United States and eligible members of their families at cost plus surcharge, saving entitled patrons thousands of dollars compared to civilian supermarkets.

Sales of goods from commissary department storehouses to military personnel started in 1825 when the U.S. Army officers at particular posts could make purchases at cost for their personal use; by 1841, officers could also buy items for members of their immediate families.

Nevertheless, the modern era of sales commissaries is estimated to have begun in 1867, when enlisted men got the same at-cost purchasing privileges officers had already enjoyed for four decades. No geographic restrictions were placed upon these sales; the commissary warehouse at every Army post could become a sales location, whether they were located on the frontier or near a large city. From the start, commissaries were intended to take on-post retail functions out of the hands of civilian vendors and post traders and allow the Army to "care for its own." The stores provided wholesome food exceeding what was supplied in the official rations, and the savings they offered enhanced military pay. The modern concept of commissary sales stores, which were organized to help military personnel of all ranks by providing healthful foods at cost, reached its 150th anniversary on July 1, 2017.