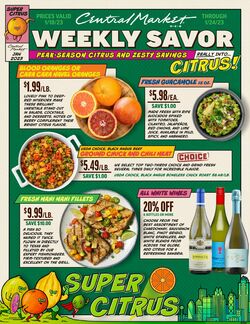 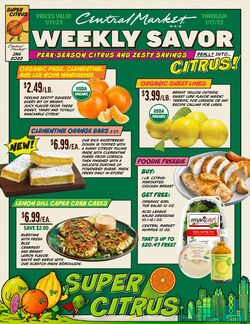 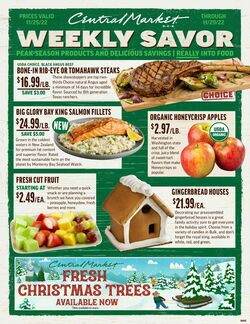 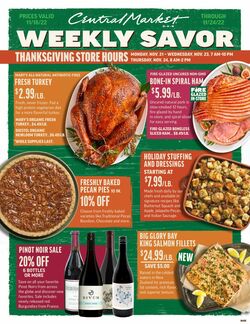 Central Market in the cities

Browsing the weekly flyers of Central Market has never been easier. Now, you can find all weekly sales and ads in one place! Check it out and save hundreds of dollars!

It was not long before H-E-B Grocery Company expanded the chain to Fort Worth, Dallas Alamo Heights, and Houston. In 1997, the chain's second store opened in a converted H-E-B on Broadway in the San Antonio area. A third store was opened on South Lamar in Austin two years later. Fort Worth and Houston were introduced to the chain for the first time in 2001, with stores on Westheimer and West Freeway respectively; the former was on the later site of Fox owned-and-operated television station KRIV. The Central Market's sixth and seventh stores opened in 2002 on East Lovers Lane in Dallas and Colt Road in Plano. Continuing its Dallas/Fort Worth area expansion, an eighth store began at The Shops of Southlake in Southlake on December 6, 2006, and another store started in the Preston Hollow neighborhood of Dallas on February 15, 2012.