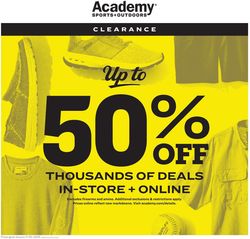 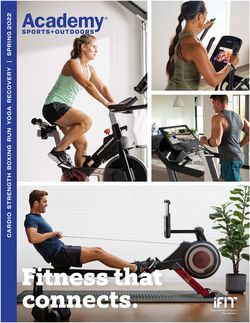 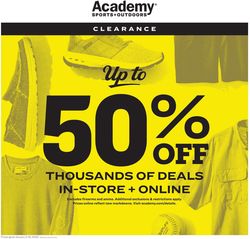 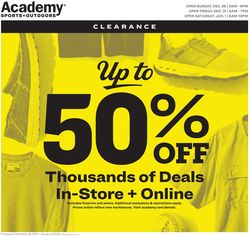 Academy Sports in the cities

Browsing the weekly flyers of Academy Sports & Outdoors has never been easier. Now, you can find all weekly sales and ads in one place! Check it out and save hundreds of dollars!

In 1938, Academy Sports & Outdoors evolved when Arthur Gochman and his business partner bought Southern Sales, a San Antonio-based army-navy surplus chain comprising six stores that were no longer making any profit. At the time, he was a practicing lawyer in San Antonio. He had not been formally trained as a businessman, but he had studied much about the surplus retail business from his father, Max Gochman, who had owned a surplus goods outlet in San Antonio and still held and run a small chain of stores in Austin as of 1935.

In 1973, Gochman changed the company's business name from Southern Sales to Academy Corp after buying out his partner. He borrowed the Academy name from his father's stores, which came from San Antonio Catholic School named St. Henry's Academy that has seized to exist.

Max Gochman allowed his son to use the name, knowing that it would help his son's business since many University of Texas students and graduates lived in the Houston area and was familiar with the Austin stores. In 1978, the younger Gochman gave up his law practice and relocated to Houston to assume active control of the company and complete the overhaul of its necessary merchandising policies.