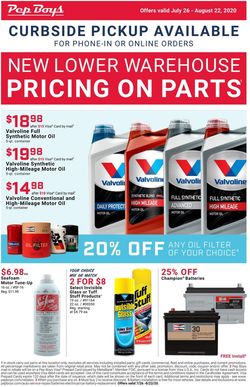 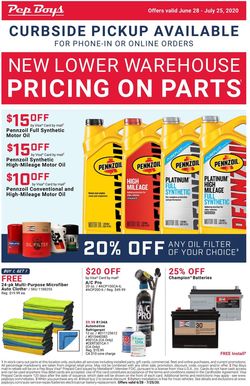 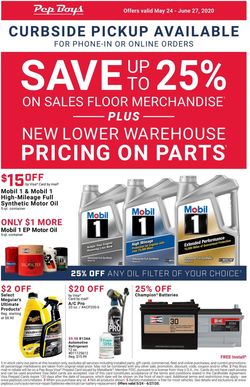 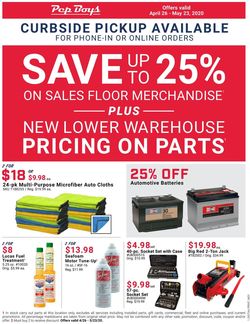 Browsing the weekly flyers of Pep Boys has never been easier. Now, you can find all weekly sales and ads in one place! Check it out and save hundreds of dollars!

The Great Depression struck in 1929, and luckily, Manny and Moe had not incurred business debts other than right mortgages on store properties. Thanks to this, Pep Boys was shielded from the severe downturn that destroyed so many other businesses. Although unemployment rates were approaching 40 percent in some areas, Manny and Moe did not lay off workers or cut salaries during the Depression. Instead, they added employees as part of an expansion they had waited ten years to launch. In 1933, Manny's brother, Murray Rosenfeld, started the first West Coast Pep Boys store as part of a separate business named The Pep Boys- Manny, Moe & Jack of California and ran the Western operations. Within three years, Pep Boys of California added 11 stores.

Pep Boys is now owned by Icahn Automotive Group LLC, which was formed by its parent, Icahn Enterprises L.P.