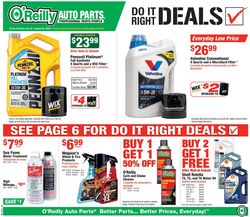 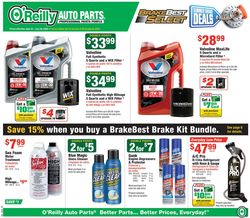 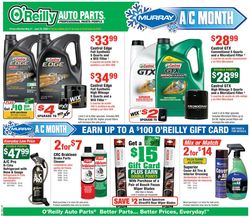 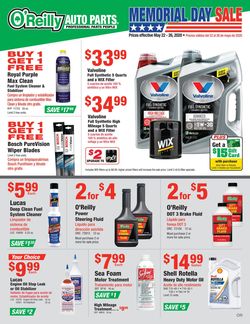 Browsing the weekly flyers of O’ Reilly Automotive has never been easier. Now, you can find all weekly sales and ads in one place! Check it out and save hundreds of dollars!

O’ Reilly Automotive Inc. started as a family-owned company. It was formed by Charles Francis O’Reilly and his son Charles H. (Chub) O’ Reilly. They worked together in Link Motor Supply in Springfield where Charles Francis was the manager. In 1957, Link Motor Supply decided to reorganize the company. In their reorganization plan, Charles Francis was supposed to retire while Chub was to be transferred to Kansas City. The reorganization plan did not impress the O’ Reilly who instead decided to quit the company and form their own.

On December 2, 1957, Charles Francis and his son Charles H (Chub) opened their own company, the O’Reilly Automotive Inc. During their first financial year, they managed a total sale of $700000 with a staff of 13. By 1961, their sales were $1.3 million, with a combined total of O’Reilly Automotive Inc and their independent distributor Ozark Automotive Distributors

In 1975 they did build a warehouse facility in 233 S. Patterson and during that year their sales rose to $7million. During that time, the company had expanded and had 9 stores in Southwest Missouri

On April 23, 1993, the company went public and is listed as ORLY on the NASDAQ Market. The company decided to merge with Hi/LO Auto Supply ON January 30, 1998, increasing the stores by 182 in Texas and Louisiana. Merging with Hi/LO made the O’Reilly one of the top 10 auto parts chains in the country.