Bed Bath and Beyond Weekly Ads 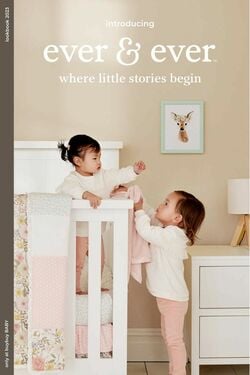 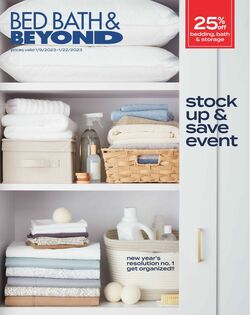 Bed Bath and Beyond in the cities

Check the current Bed Bath and Beyond Weekly Ad and don’t miss the best deals from this week's Ad!

Browsing the weekly flyers of Bed Bath and Beyond has never been easier. Now, you can find all weekly sales and ads in one place! Check it out and save hundreds of dollars!

Bed Bath and Beyond - The history

Leonard Feinstein and Warren Eisenberg started a store in Springfield, New Jersey called Bed'n Bath In 1971. Eisenberg and Feinstein were operating 17 stores in the New York metropolitan area and California by 1985. Additionally, in 1985, the first superstore was started, as an attempt to remain competitive with Linens'n Things, Pacific Linen, and Luxury Linens. The company modified its name to Bed Bath & Beyond to represent the size increase in its retail stores.

Bed Bath & Beyond is a chain of retail stores in the United States, Canada, Puerto Rico, and Mexico established in 1971. The stores sell home goods primarily for the bedroom and bathroom, as well as kitchen and dining room. The company is included in the S&P 400 and Global 1200 Indices. It is also included amongst the Fortune 500 and the Forbes Global 2000.

Bed Bath and Beyond have several major retail competitors, including Target, Walmart, and JCPenney, as well as several mid-sized competitors like Pier 1 Imports. Companies such as IKEA, Crate & Barrel, and the numerous Williams-Sonoma companies like Pottery Barn and West Elm are competitors as well.