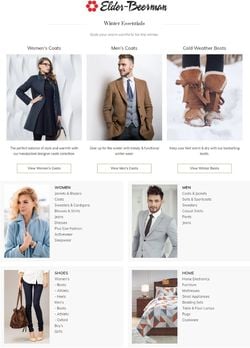 Now, you can find all weekly sales and ads in one place! Don't miss the offer! On this page, you can see all Elder-Beerman Weekly Ads online. 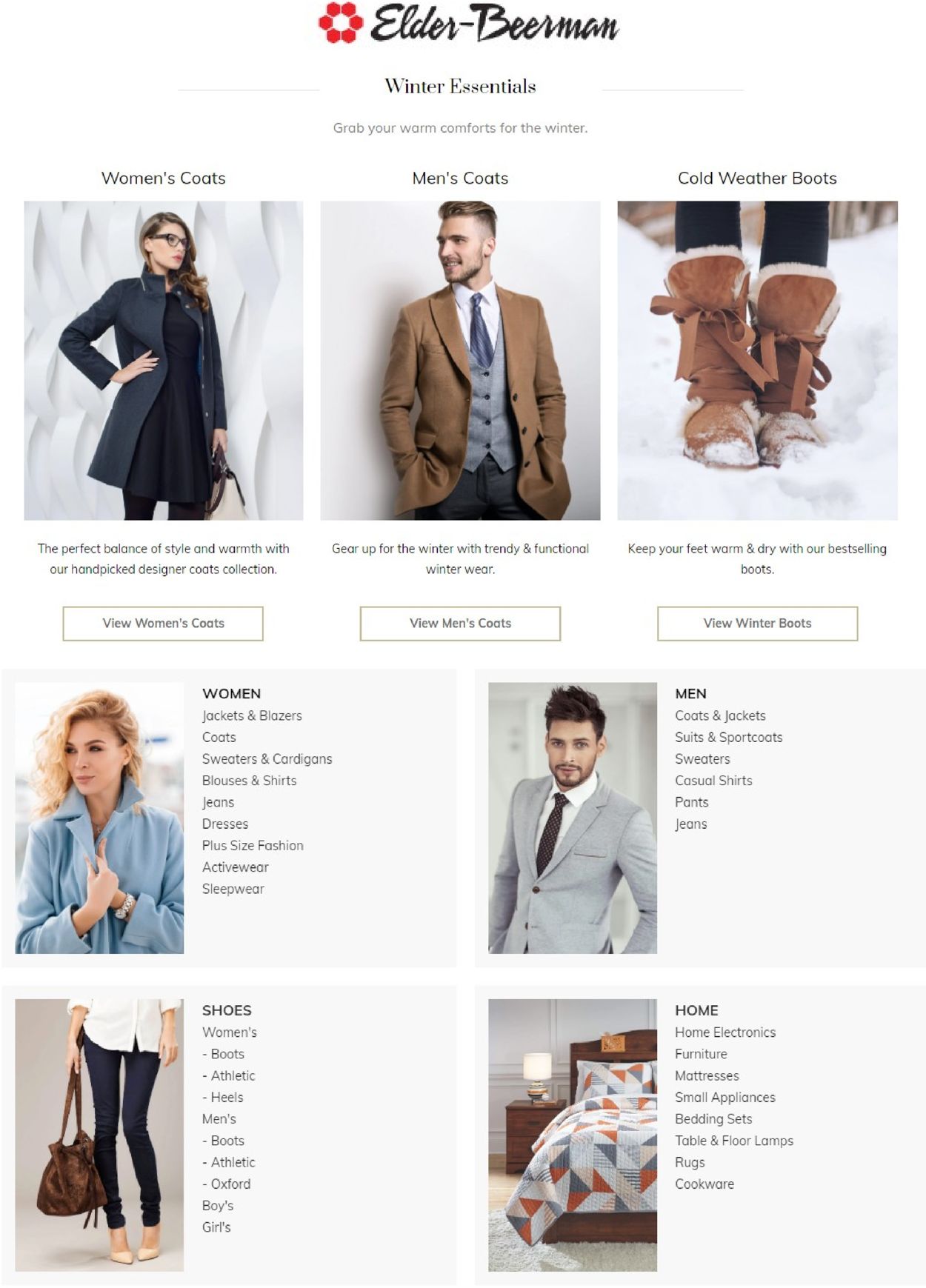 Elder Beerman in the cities

Check the current Elder-Beerman Weekly Ad and don’t miss the best deals from this week's Ad!

Browsing the weekly flyers of Elder-Beerman has never been easier. Now, you can find all weekly sales and ads in one place! Check it out and save hundreds of dollars!

In 1883, Elder-Beerman history started when Thomas Elder, William Hunter, Jr., and Russell Johnston opened the Boston Dry Goods Store on East Third Street in downtown Dayton, Ohio selling textiles, clothing, and groceries. In 1896, the store moved to a new 11-story skyscraper, the Reibold Building, at the corner of Fourth and Main streets; it operated there as the Elder & Johnston Company department store for over 60 years.

The Bon-Ton acquired Elder-Beerman in 2003. Bon-Ton stepped in offering more cash for outstanding stock when Elder-Beerman had exited bankruptcy and was in talks to go private.

In March 2017, Elder-Beerman began in-store "Close to Home" shops selling locally-made and themed products, an initiative being rolled out throughout Bon-Ton's nameplates, in its Dayton Mall, The Mall at Fairfield Commons, Huber Heights and Kettering stores in the Dayton area. In April 2017, a "Close to Home" shop was begun at the Eclipse Center store in Beloit, Wisconsin.